Look Out for the 14 Day Rule – Canadian Emergency Wage Subsidy 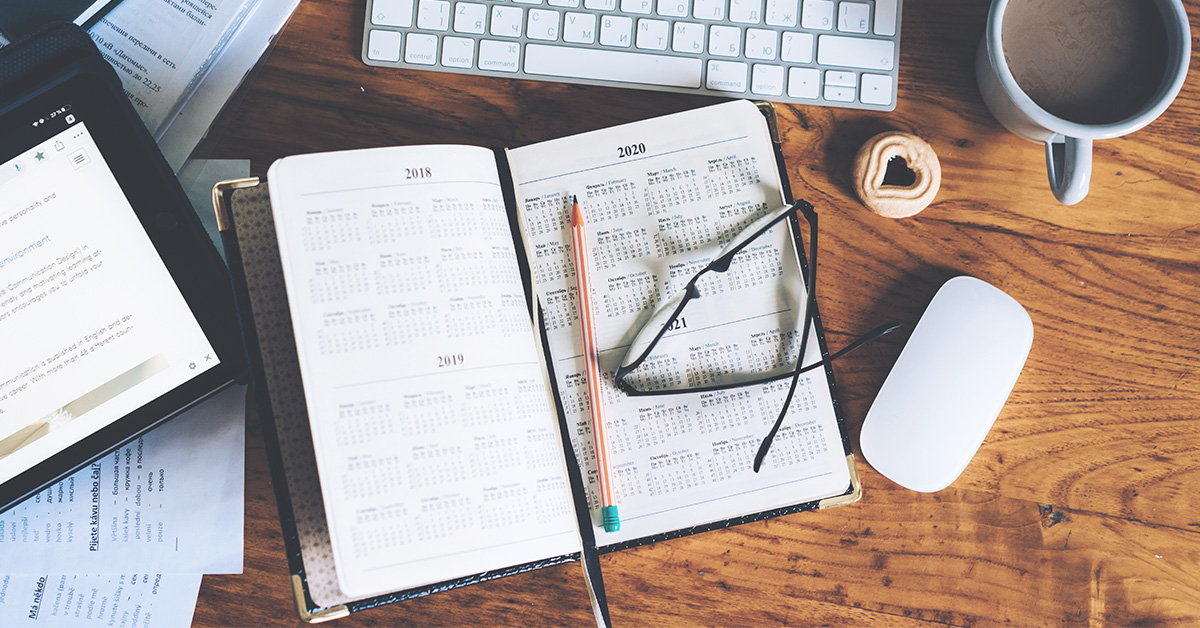 The Canadian Emergency Wage Subsidy (CEWS) has been critically important to keeping businesses afloat. Like most COVID-19 Federal Government programs the initiative was launched not a minute too soon to impact jobs and in fact many layoffs commenced in or around March 15th. Once business owners gained confidence that they were eligible for CEWS some began rehiring staff with the understanding that the costs would be eligible for the 75% subsidy. During the gap most employees were able to access CERB so essentially they did receive some form of wage continuity.

What we are now better understanding is that there is a particular criteria that must be met in order for employees to be eligible in a particular claim period. There cannot be a period of 14 or more consecutive days in the claim period for which the employee has been without remuneration. I’m calling this ‘the 14 day rule’.

Can you remind me what a claim period is?

Each month you must submit a claim for the given period and claim the remuneration costs for eligible employees within that set claim period. For March the claim period is March 15 – April 11th. These dates are specific and meaningful given a key exception that the Federal Government has been clarifying lately.

So to recap, for an employee to be eligible in a given claim period there cannot be a period of 14 or more consecutive days in that claim period for which the employee has been without remuneration. So a 2 week pay gap may or may not be eligible depending on the specific dates it fell on.

Now you need to look at each of the eligibility windows and confirm whether any employees were NOT employed for 14 straight days (2 weeks). The periods are

Here is an example

Let’s assume Period 1. You experience your revenue drop mid-March and responded quickly to preserve cash by laying off employees on March 16th. Over the next 2-3 weeks you gained confidence that you could afford to hire back some workers given that you would qualify for CEWS so you hired back workers on April 1st. Once the portal opened you claimed all payroll costs incurred from March 15 – April 11th. What we are now becoming clear on is that your workers rehired on April 1st would not be considered eligible in this period given there were 2 or more weeks without pay from you since they were off your payroll from March 16 – March 31st. As long as you continue to employ these people they will be eligible for the next period – Apr 12 – May 9th.

Does this apply to new hires?

Yes, the 14 day rule applies here as well. The same scenario pertains to those who hired new staff. New staff are eligible for CEWs, but once again you need to look at the Claim period and determine if there were 14 consecutive days where they were not receiving remuneration from you. So if you hired new people on March 30th they would not be eligible in the first period of the claim because they were not paid for the first 2 consecutive weeks of the 4 week claim period.

If I already claimed these costs what should I do?

Great question. They have yet set up a process for making corrections to claims so for now I’d suggest making an adjustment to a subsequent claim to correct the issue. This way in the event of an audit you haven’t claimed more overall then what you were entitled to.

Is there anything I can do to make those rehires eligible?

Maybe, yes. You can actually retroactively pay employees in order to qualify for CEWS so it does seem reasonable (to me that is) that you could also retroactively now pay employees for some of those gap days in order to meet the 14 day rule. As the rules go, you do need to have paid the remuneration out before you can make the claim so please do not proceed with claim costs thinking that you can pay them with the subsidy when received.

I’m thinking of hiring more people, is there anything I should be aware of?

Yes, you’ll want to look at the Claim calendar and set their start date strategically to ensure they are not caught in the 14 day rule. So for example to hire in time for Period 3 (May 10-June 6th) the start date will need to be May 22nd or earlier if they work Monday-Friday.

If I have to lay off more staff, should I consider the 14 day rule?

Yes. If your rationale for additional layoffs is cash preservation then it is wise to look at the claim calendar to understand the impact that last pay dates will have. For example a termination on May 22nd would mean that you are disqualifying the employee costs for the entire 3rd period because there would be 14 consecutive days without remuneration between May 10 – June 6th. If instead the last date of pay was May 25th there would be only 13 days without remuneration and the employee costs would be eligible for the period.

Are there other considerations I should make with respect to new hires?

Yes, you want to keep in mind that they have to be at arms length. This basically means you can’t put your family on the payroll and claim CEWS. There is a condition that any non-arm’s length employees are subject to a maximum pay that coincidences with the baseline remuneration they were paid from Jan 1 – March 15th. So if they were not being paid by the company at that time their baseline remuneration is nil.

Bookmark the CEWS FAQ and reference it often when questions arise. They are doing a really good job explaining the situations when they add in fulsome examples. Unfortunately given the speed of which they launched the program the process of communicating details is very iterative and their website changes often.

I am sharing information because I know that this is extremely difficult for business owners to interpret especially during periods of stress and anxiety. With that said, I am also at risk of misinterpreting or missing details here and there. I am trusting that we are all in this together, we are all acting in good faith. 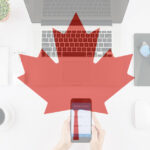 Are You Eligible for the BCAP & RRRF Financial Support Programs in Canada? 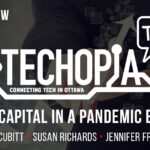 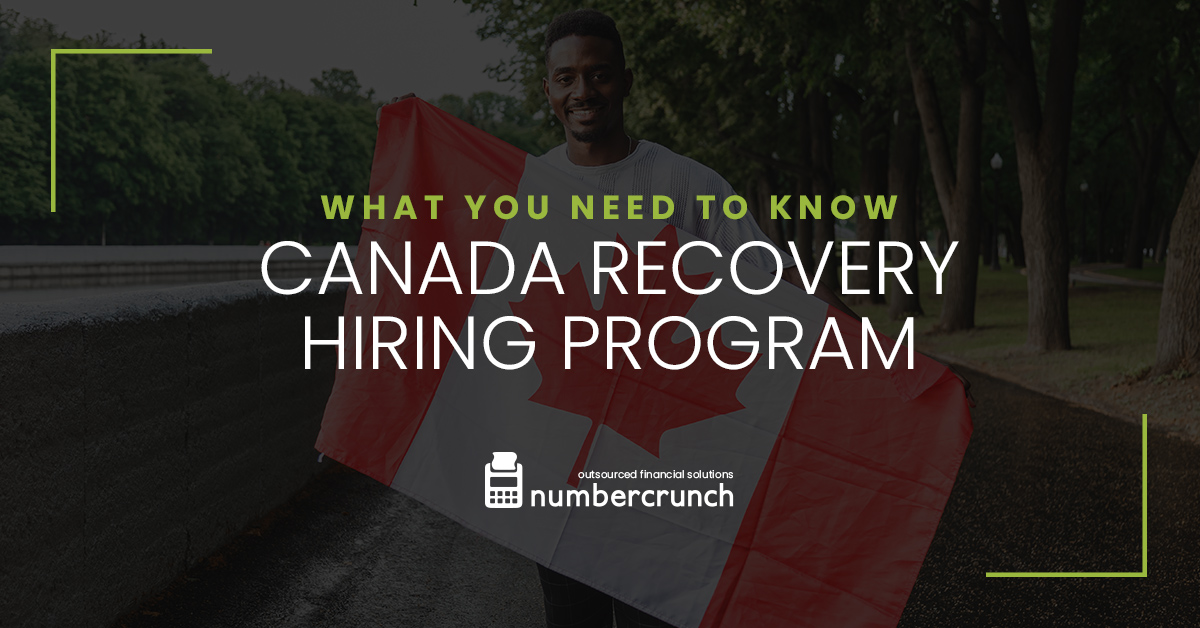 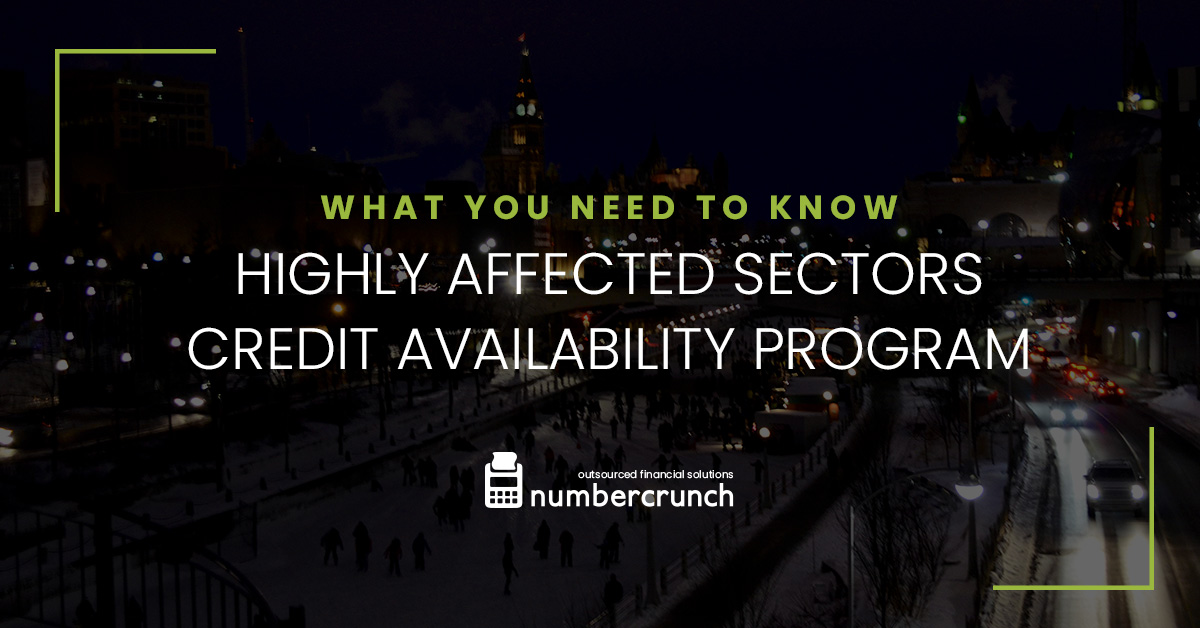 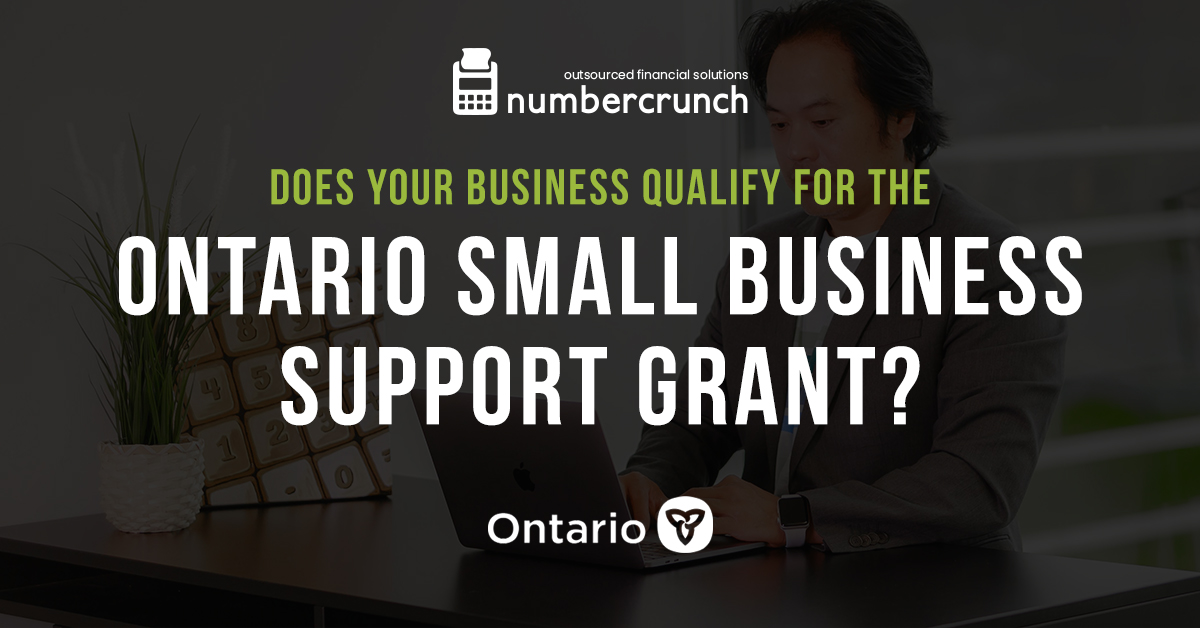 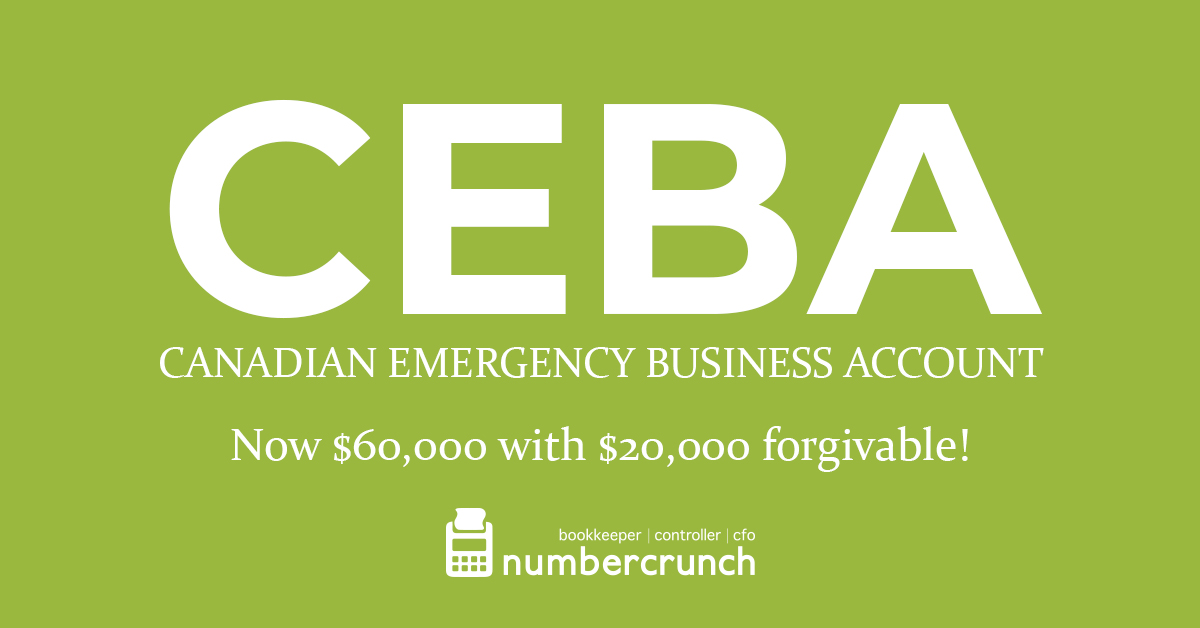 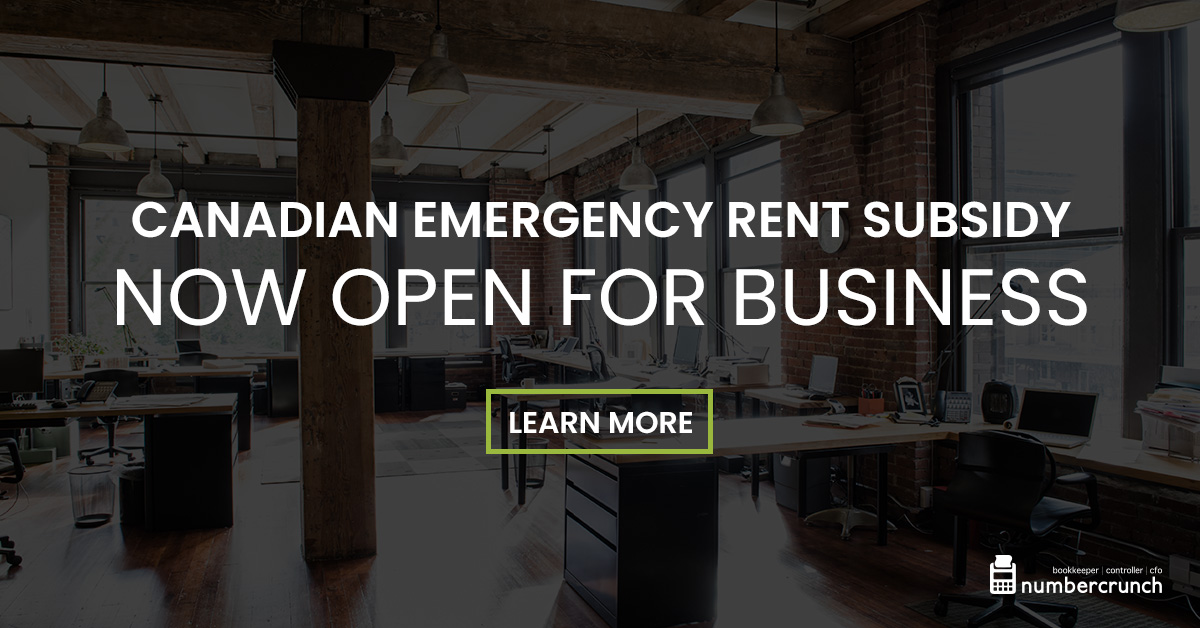 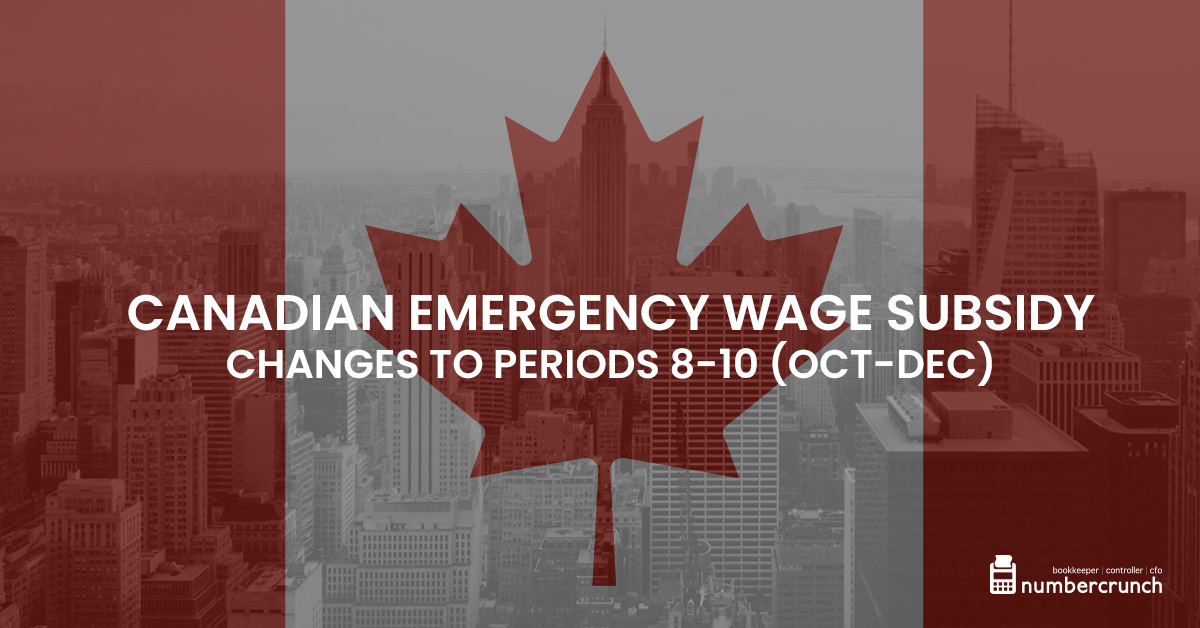